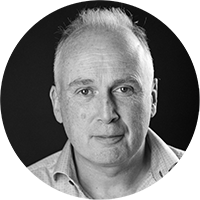 A former military officer, Duncan served in various leadership roles as an infantry officer in the British Army, including seconded service with both the U.S. Army and Canadian Armed Forces, where he was responsible for initial leadership training for officers. In 2016, Duncan co-founded Kognitiv Spark with the intent of creating and delivering the market’s most secure and reliable AR platform for remote worker support. The resulting product was RemoteSpark, which is currently in use by the like of the Royal Canadian Navy, Valcom, the Electric Power Research Institute, and many others.