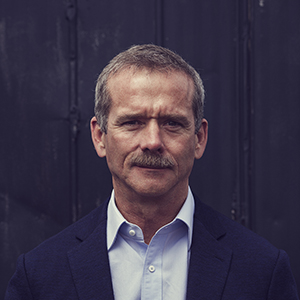 Referred to as “the most famous astronaut since Neil Armstrong,” Colonel Chris Hadfield became a household name as the first Canadian commander of the International Space Station. Formerly NASA’s Director of Operations, Hadfield is a heavily decorated astronaut, engineer, and test pilot whose many awards include the Order of Canada and the Meritorious Service Cross. Hadfield is also a three-time bestselling author, an acclaimed musician, an adjunct professor at the University of Waterloo, chair of the board of the Open Lunar Foundation, and host of two internationally acclaimed television series, In addition, Hadfield leads the space stream at Creative Destruction Lab, one of the world’s top tech incubators.